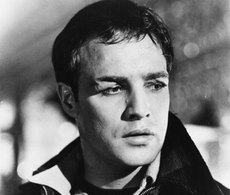 Once upon a time, the Chicago
Cubs thought they coulda been a contender. Not for a while, obviously, but
definitely in spring training. And why not? They had the highest payroll in the
National League, the great Lou Piniella managing the team, veteran sluggers
Aramis Ramirez, Derek Lee and Alfonso Soriano, and a great top of the rotation
in Carlos Zambrano and Ryan Dempster.

Dempster’s played well all season, Zambrano’s been great for
a month, but the hitting has been a case study of a worst-case scenario.

But enough of the perennially hapless Cubs – it feels like
bullying a child to write about them in such a way when everyone knows it is
impossible for them to succeed even in the best of times.

Where else in baseball is the ‘coulda, shoulda, woulda’
being felt most keenly right now?

Loaded with talent on the mound and at the plate, and with
one of the best managers in league history in Joe Torre, the Dodgers are today
12 games out of place and unlikely to even manage a winning record. These guys
were getting to be scary good in 2008 when the lost the NLCS to the Phillies,
figuring to only get better as the players matured.

Who to blame? Well, the players obviously, but you can’t get
rid of all of them. Blame the McCourts for getting divorced and having no
money? Hardly. Torre for not getting the best out his players? He has to carry
some of the can, but I blame Manny Ramirez for having the most egocentric
attitude west of the George Steinbrenner plaque. He’s the kind of guy who’d
take a day off work if he heard the driver of his taxi had a niece who had a
cold last week.

Albert Pujols and Matt Holliday are both in the MVP
conversation. Chris Carpenter and Adam Wainwright are close contenders for the
Cy Young award. It’s rare for a team to have that much top-level performance
and not make the playoffs, but somehow St. Louis have managed it by their
inability to play well on the road, where they have a 34-47 record.

How can a team on course for 90 wins be such a big
disappointment? By playing in the stupidly good AL East, that’s how. The Red
Sox have spent considerable time this season without Jacoby Ellsbury, Dustin
Pedroia, Kevin Youkilis and Clay Buchholz. On the other hand they got
predictably poor seasons from the unpredictable Josh Beckett and their horribly
over-priced free agent pickup, John Lackey. At least it is of comfort to the
rest of the league to see General Manager Theo Epstein make a bad move once in
a while…

I list the Royals mainly because I want an excuse to say something about them. Where the Pirates
have turned failure into a deliberate science, the Royals seem merely to
stumble into it every year, lending them a far greater tragic-comic aura.

Still, there were those who thought that with Zack Greinke
as their ace pitcher and some really enthusiastic batboys, that Kansas had a
realistic shot at mediocrity this year. Never mind.

Remember the Cliff Lee trade? Paired with ‘King’ Felix
Hernandez atop the starting rotation they were going to be the bully-boys of
the AL West. Then with Ichiro leading off and new boy Chone Figgins behind him,
this team had high hopes of making the postseason.

Sadly for the Mariners however, while Felix did his best Cy
Young impersonation, the front office was suffering from some kind of brain
virus when they decided Milton Bradley would be their cleanup hitter. Bear in
mind of course he was run out of the Chicago Cubs who were not exactly
suffering from a surplus of hitting at the time.

Then again it’s not all Bradley’s fault – no-one on the team
other than Ichiro made good contact all year, costing manager Don Wakamatsu his
job.

Truly they can say with Marlon Brando, “I coulda been a contender. I
coulda been somebody, instead of a bum, which is what I am, let’s face it”.