“I did have a great
time in Philadelphia. [But] once you get to a point where you
feel unwanted or you get a sense you’re not part of the plans, it’s time to
move on. At that point, I was ready to go, and fortunately enough for me, I
found a home in Washington”

These were Jayson Werth’s words about the Phillies after he
accepted a 7-year, $126million contract from the Washington Nationals. The free
agent outfielder, with all of two years full-time experience in the major
leagues, and 32 years old heading into next season, did not feel his employers
wanted him.

The facts are that the Phillies really wanted Werth to say, and said so publicly on many occasions.
They also made him an offer in the region of $60million for four years, which
wasn’t exactly going all in but was comparable to other contracts for similar
players, such as Jason Bay’s $66m/4 years from the Mets. The Phillies wanted
Werth because he represented right-handed balance in a left-handed lineup. They
knew they wouldn’t be able to replace either his fielding ability or power with
any of the internal candidates or other free agents available to replace him.
They went over-budget in the offer they made and went to as many years (four)
as is reasonable for a player his age.

But Werth’s free agency was never about finding a good
professional situation for him, it was about finding the optimal financial one
– that’s the only reason players hire Boras, as Werth did this year. While most
agents try to strike a balance for their players between desirable location and
money, Boras is all about the money, and those players who think likewise
gravitate to him. There’s no arguing for example that he consistently gets more
money for his players than other agents.

So Werth did as he was perfectly entitled to do: he chased
the money. He said as much earlier this season as he looked forward to free
agency as something he’d “played his whole career” in order to get to.

But his words afterwards about being “unwanted” and “not
part of the plans” are ignorant and silly, and unless Werth has been drinking
Boras’ Kool-Aid all year, he knows that. Still, what was the alternative –
admit he chased the money?

Well, yes. That would have been fine, and I’ve drafted a
press release for Jayson Werth that he might consider using:

I love my agent. I mean what’s not to love? All year long
the projections for my next contract seemed in the region of 4-5 years at
$14-16million per year. Now that’s a lot of money – trucks of the stuff,
particularly given that I’ve only been a major league regular two and a half
years, spent half my career injured and will be 32 next year. But I think I am
and would be worth that much.

The Phillies agreed, and gave me a good offer. They
obviously wanted me back pretty bad to go over budget, and I know all that
money they earmarked for me won’t be going on other players, so I appreciate
that gesture. I appreciate the fact they picked me off the scrapheap in 2007,
gave me a chance to play every day and really believed in me right from the
start, thanks mainly to General Manager Pat Gillick who drafted me originally
with the Orioles.

Playing in front of capacity crowds every night in
Philadelphia was a blast, winning the World Series was awesome, and the
talent-level in that clubhouse is as good as any in the league. Hitting behind
Utley and Howard was just funny – the amount of times I went to the plate with
men in scoring position, I couldn’t stop smiling. At least until guys worked
out that I couldn’t hit high fastballs but would keep swinging at them even
when they were well out of the strike zone. That was annoying, and pretty much
explains why my average with men in scoring position was the worst in the league.

But this was my shot at a big payday and I wasn’t going to
miss it. I hope you understand – after all, almost all of you would do the same
thing, and when you get offered – as I was – a contract twice as large as I was
likely to find anywhere else, it’s just impossible to turn down.

Boras sold them on my being a centerpiece of their
organization, a cornerstone of the lineup in front of Ryan Zimmerman, and a
magnet for other top free agents. He also pointed out that because they’re not
a contender they’d have to overpay to get me – they didn’t have to offer around
$60million more than any other team was going to, but it sure made my decision easy
when they did. I can hardly believe my luck!

Sure, I almost certainly won’t win with the Nationals – next
year we’ll be bottom of 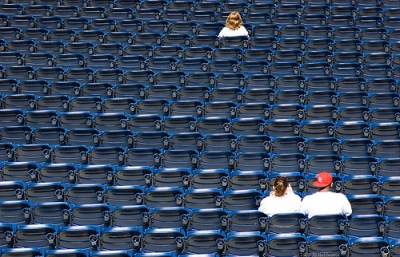 our division again and if we ever win, it likely won’t
be for at least 2-3 years, by which time I’ll be past my best anyway. But I
love my agent, and he hit the jackpot for me.

Finally, I’d just like to say that I hope the Dodgers are sorry
they let me go for nothing three years ago when I was recovering from my
devastating wrist injury. I can’t believe they just let me walk, making no
attempt to keep me despite all the promise I’d shown. It was as baffling as it
was hurtful.

I did have a great time in Los Angeles. But once you get to a point where you feel
unwanted or you get a sense you’re not part of the plans, it’s time to move on.
At that point, I was ready to go, and fortunately enough for me, I found a home
in Philadelphia.