This column typically focuses on major league baseball but I
wanted to take a moment to look at Cayman’s own co-ed softball league and some
of our more entertaining personality types.

Those of us occupying the bottom division – the C-league –
may be treated to a wider range of personalities than any other league. The
A-league is populated by people who can play the game, and the B-league is for
those who think they play. 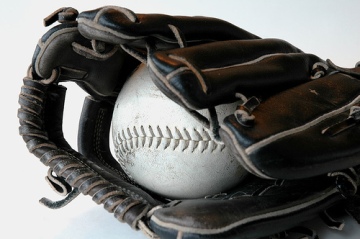 “It’s just an evening out, innit.” Well, not exactly, Felicia; it’s a
sport – relaxed, but a sport nonetheless. Facial enthusiasm sees her put in a
relevant fielding position early in the season, but the captain knows he has a
challenge when she drops an easy popup to allow the opposition to score the
winning run, and she responds by laughing like that was the funniest thing
since Abbott & Costello.

This guy may be playing bottom division co-ed softball, but in his heart
of hearts he believes he’s a roll of the dice away from a shot at the big
leagues, and he has a kit bag to match. $250 of bat will ensure that his mighty
blows travel not 210 but 215 feet – a crucial difference, obviously. And don’t
let him get started about the quality of stitching on his glove.

Seeing a 5’6″ lady batting, the male third baseman and shortstop move in
closer to home plate waiting for a dribbler so they can get an easy out at
first base. Desiree takes the first pitch for a strike and the fielders edge
even further forward, wondering if she’ll even swing or just try to take a
walk. Second pitch, she gets one she likes and drills it straight over the
infielders heads, exposing them as over-confident chauvinists.

He treats every game like it’s game 7 of the World Series in front of 40,000
spectators. Outs are celebrated with primeval roar and it doesn’t take long
before you’re working out how you can run him over on the base paths and have
it look like a legit play. By the seventh inning you consider the “legit” part
optional.

Brought up on the hard cricket wickets of South Africa or Australia, these accountants
and lawyers love the bare-handed catch – at least once anyway. They are always
looking to march towards the pitcher to make their shot, and getting them to
stay on a base without going for a stroll can be a challenge.

Come and play C-league co-ed softball: it may not be the
home of good baseball, but it’s a great place to do research for your
psychology degree.