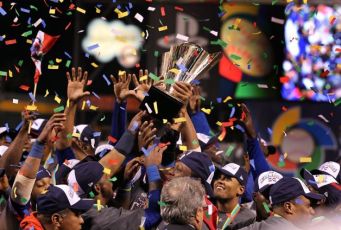 So the Dominican Republic won the World Baseball Classic, at the third time of asking after the ultra-professional Japanese took the first two in 2006 and 2009.

The Americans meanwhile didn’t even make it to the semi-final, due in large part to many of their best pitchers declaring themselves unavailable due to the timing of the event – in the middle of Spring Training when half of them can scarcely remember how to grip a slider. Some US-based pundits have been saying that this demonstrates the unworthiness of the entire event, that until the USA team is in a position to put out its very best, that the competition isn’t worthy of its name. They complain likewise that the American public isn’t sufficiently interested, in part for that same reason – the feeling the Americans are not at full strength.

My first (slightly snippy) response to that is that the World Baseball Classic is a lot closer to meaning what it says than the World Series.

The second response is: Who cares? MLB doesn’t – the American public is not the primary target audience of an event designed to spread the message of baseball around the globe and bring back pots of money.

What the American public likes is to watch American teams winning things, and it has very little interest in watching events when the American teams doesn’t look like the favourite for victory. That’s fine – there’s no moral imperative here, and what the triennial WBC has demonstrated is that – even if all the best Americans were there – they would not be the clear cut favourites.

In fact, I would argue that the Dominican Republic is to baseball what Brazil may be to football, and India is to cricket: the place where the sport matters the most, where it is most central to that country’s psyche. An idiosyncratic definition, I know, but work with me. 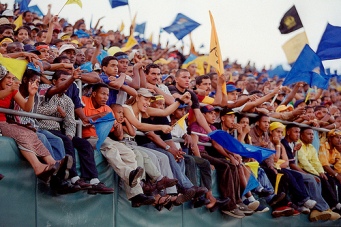 For sporting interest, Americans have ice hockey, football-without-feet, basketball…and a ton of other sports such as athletics and football-with-feet that hold varying degrees of interest and hold on people’s wallets. The Dominicans on the other hand have baseball…and that’s pretty much it. Partially as a result of that, but nonetheless way out of whack with their tiny population, they have produced some of the greatest players of the last 20 years. For example, did you know that all these guys are from the DR?

The hitters on that list would probably make up the bulk of most people’s list of the top-10 best pure hitters since the 1980’s.

I think it’s something to do with the air. Or the soil. It has to be something strange because there are just too many of them who are too good for it to be coincidence. Even the Dominicans who can’t play the game can play the game. A good friend of mine who is from the DR came to watch my slow-pitch softball team play a couple of months ago. We were short of players and I cajoled/begged/pleaded/dragged him onto the field and essentially forced him to play for us to avoid our having to forfeit the game. He complained that he hadn’t picked up a bat in 15 years. No matter I said, if you don’t fancy swinging, then don’t swing – we just need you in the lineup.

Of course he only went 3 for 3 with a double and two singles and a swing so sweet it made Ken Griffey Jr look clunky. And he fielded a one-hopper in centre field with perfect aplomb before gunning it into second.

It’s also why we were overdue for them to win the World Baseball Classic.

At last: victory for the home of baseball.